Who Is Pazuzu Algarad All That You Need to Know 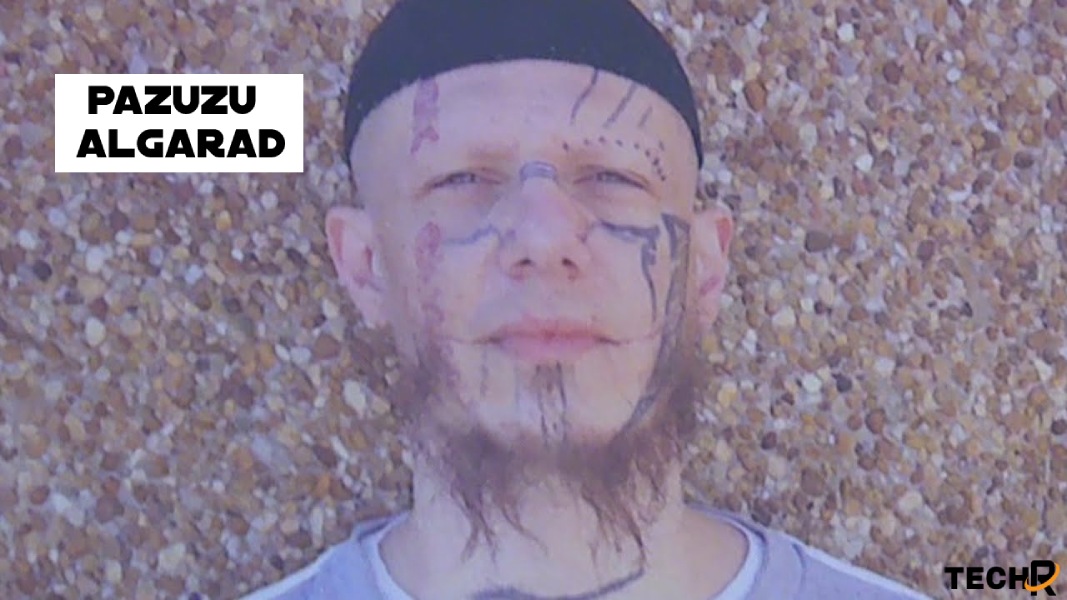 Pazuzu Algarad was a well-known self-professed Satanist assassin. Between 2006 and 2015, he was in the spotlight for nine years. Pazuzu led a heinous existence that included animal sacrifices and blood-drinking. Despite the fact that he died nearly five years ago, his narrative is nothing short of a horror thriller. We’ll try to figure out who he was and what crimes he committed.

Several people have written books, documentaries, and online series to describe his situation over the last several years. His character was dubious at best, and he wore a scary mask. He was affected by Satanism, and as a result, he became a cold-blooded killer.

Pazuzu Algarad – All That You Need to Know

John Alexander Lawson was Pazuzu Algarad’s first name. On the 12th of August 1978, he was born into a typical American household in San Francisco, California. Timothy J Lawson and Cynthia Lawson married in 1971. There are few data regarding his early life known. In 1990, his parents divorced. They moved to North Carolina after that. Pazuzu spent the majority of his life in Winston-Salem, North Carolina, with his mother.

Pazuzu Has Gone With a Change of Name for Religious Purpose

He was motivated by Satanism and sought an appropriate name so that he would be remembered till his last breath, and in 2002, he finally decided to change his name.

He eventually settled on Pazuzu Illah Algarad, which was inspired by the horror film The Exorcist. In the film, Pazuzu, played by Eileen Dietz, is an Assyrian demon of ancient antiquity. He used to brag about his magical abilities and his ability to manipulate the weather.

Read More: Who Is Midwestemma? Why Is She Going Viral?

Pazuzu was diagnosed with agoraphobia and schizophrenia while he was a teenager. His mother attempted everything she could to get him the finest care possible, even consulting a psychiatrist. She couldn’t, however, spend a lot of money on it. His mental condition quickly deteriorated. As a child, Pazuzu was affected by both of these ailments.

“He wasn’t by any means an angel,” his mother stated in an interview with The Devil You Know, “but he wasn’t a horrible person or a bogeyman or whatever terms people have called him.”

Pazuzu began using beer and taking various drugs when he was 13 years old. He became addicted to these as he grew older, and they were a part of his everyday routine. He became increasingly angry, inflicting harm on the animals in his vicinity.

Change in Pazuzu’s Behavior at Home

When they lived in Clemmons, his mother recognized the first signs of violence. His mother was the first to fall victim to his attempts to approach her from behind and encircle her neck with his arm. He was found guilty of the crime, but because he was a minor, he was only sentenced to a year of probation. Joseph Chandler, 30, was found dead on a boat ramp at the campground by Yadkin County employees later. Pazuzu and Nicholas Pasquale Rizzi have been charged in connection with his death by Yadkin County officials.

Pazuzu Algarad was living in a house that no normal person would consider inhabitable. It was in bad shape, with garbage, animal carcasses, empty alcohol bottles, satanic symbols, and pictures painted all over the place.

He has tattoos all over his body and face, making him appear frightening. He was tattooed with a Nazi symbol and a black devil. Strange odours have been detected by his neighbours on numerous occasions. Few individuals realized the tattoos contained secret demonic messages such as “Lucifer” and “666.”

Pazuzu, aka John Alexander Lawson, had a partner in crime. Amber Burch was her name. They used to live together, despite the fact that they were not officially married. Amber, like Pazuzu, has a criminal past. When Pazuzu choked his mother, she was also present. Pazuzu Algarad’s alleged girlfriend Amber pleaded guilty to second-degree murder in the case of Tommy Dean Welch in 2017. In addition to murder charges, she pleaded guilty to abetment of crime and robbery of guns.

Pazuzu was taken into custody in 2010. Police arrived at his home in Clemmons with a search warrant and a team of forensic experts to investigate the entire premises. The discovery of two skeletons was shocking to authorities because they were identified as Fredrick Wetzler and Tommy Dean, who had been missing since 2009. He assassinated both of them with the assistance of his girlfriend, who assisted him in burying the remains in his backyard.

Pazuzu’s mother, Cynthia James, is concerned that unless he is allowed to perform “black moon” animal sacrifices, he may commit suicide. After a thorough assessment, psychiatrists determined that he was suffering from schizophrenia, agoraphobia, and drunkenness and that he was fit to stand trial.

Many explanations have been proposed to explain Pazuzu Algarad’s death; nonetheless, Pazuzu committed suicide in prison. For security and safekeeping reasons, he was transferred from one prison to another. Authorities realized he wasn’t responding on the morning of October 28, 2015, and discovered a wound on the top half of his left arm. He had lost a lot of blood by that point and was declared dead.

Investigators discovered that he may have cut himself with something very sharp, but they were unsure what it was. He was rumored to have bit his arm with his teeth. He died as a result of significant blood loss, according to the autopsy report. In his cell, a few items were discovered, including an electric razor and a transparent vial filled with crimson fluid.

Pazuzu Algarad hasn’t been seen in a long time. He did, however, leave his imprint on the minds of Clemmons citizens, who are still haunted by his heinous deeds in North Carolina.