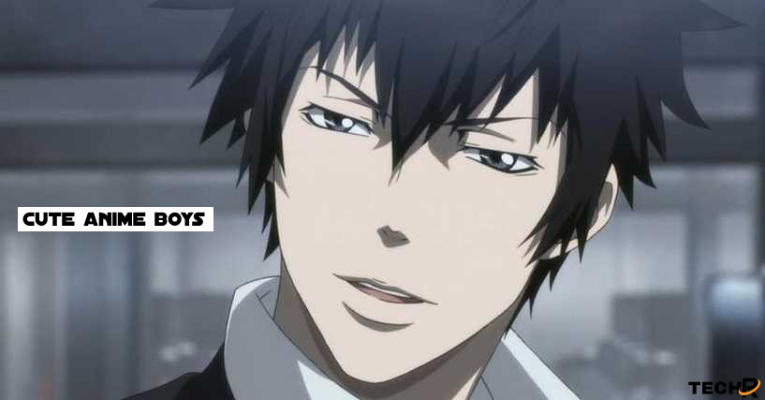 It’s no secret that anime is rising in popularity all around the world. But! People are drawn to anime because of the characters. Many young women and men watch anime because they have an anime crush, while others do so for pure amusement. Just open your phone and start staring at your imaginary life mate in both cases, right? We’ve compiled a list of the 30 most adorable anime boys ever created, along with their respective series titles, for your convenience. See what I mean?

He’s a well-behaved, self-sufficient, and kind anime character who practically all girls enjoy seeing. You’ll soon find that you’re not the only one who has feelings for him and wants him to be a real-life boyfriend, but unfortunately, that isn’t possible.

Assassination Classroom is a great teen anime series to check out if you’re a fan of the genre. There are a lot of attractive and beautiful lads in this new teen anime drama, but Karma Akabane is the only one you’ll want to stare at on your phone screen all day. He has a reticent disposition and prefers taaao to confide in those he considers close friends.

Are you a fan of the bad boy? You’ll love Ayato if you fall into this category. One of the hottest anime lads with long hair, he has a ruthless nature and dazzling appearance that have captured the hearts of many. Diabolik Lover’s aficionados may already be familiar with him, but those who haven’t should start now.

Anime fanatics will recognize Ikuto as one of the hot boys with blue hair who can transform into a half-cat hybrid. He’s become the favorite of nearly everyone. His position in the anime series “Shugo Chara” is villainous, yet he also cares for the girls he loves and his friends who care for him.

In my opinion, Rin is one of the greatest teenage anime characters ever created. He is a master manipulator and can acquire anything he desires. Goals can be a little risky, though, so he knows how to keep himself focused. Start watching Blue Exorcist now if you want to learn more about him.

When I saw Yuno’s amber eyes and shaggy black hair, I burst into tears. His calm demeanour and ability to communicate just when necessary are the things that pique my interest the most about him.

The cry baby in him has faded, but his silent looks and sweet nature still make him adorable.

7. Shou Kurusu From Uta no Prince-sama

His charming looks keep him going despite his clumsiness and easygoing demeanour.

He’s basically a laid-back dude with amazing cuteness levels in both his appearance and demeanour.

His upbeat demeanour and chic appearance are irresistible. And he’s one of the most adorable anime characters ever.

Read More: What Happened To Thomas Gibson? And Everything What You Want

An ideal attractive anime character is one with his left eye covered in hair and a chubby appearance. Because he’s a crying baby, he is more lovely.

He’s the kind that makes me want to fall in love with him because he’s so courteous, formal, and kind. He’s as sweet as candy when it comes to adorableness.

The nickname “Idol” fits him perfectly, and his cool appearance makes me feel like I’m in a fairy tale.

It’s hard not to like Hanabusa because he’s such an outgoing and endearing vampire. To demonstrate his sexiness, he frequently engages in sexually suggestive behavior with the women around him. He doesn’t give a damn if anyone finds out he’s a vampire or not.

He has a great deal of affection for his friends’ hands, and he amazes me every time with his cool demeanor. In spite of this, the attractiveness quotient is still the most important metric.

I think Juuzou Suzuya is quite adorable. Because of his fighting skills, he’s one of the most courageous ghoul detectives around. Despite his age, he has a childlike appearance, with a lovely face and a kind grin.

It’s hard to tell if he’s a boy or a girl just by looking at him.

He was drawn in by the fact that he had a youthful and upbeat demeanor, which made him appear adorable.

He is a Ruler, but he is also a little devil, a rich kid who is conceited and the prettiest demon lord of Victorian times all at the same time.

The reason I want to make him attractive and include his name in this list is that he has a great business mind but appears cruel on the surface but is soft on the inside for the ones he loves the most.

Because of his ruthlessness, he spares no one.

Fans can’t help but smile when they see a youngster acting like a child.

Stable and calm at the same time!

Sit in the L posture at all times………

Despite his genius powers, lack of social awareness, and poor ability to interact with others, he demonstrates his trust, which makes him appear cool and attractive at the time.

13- Roronoa Zoro From One Piece

With his dark brown hair and refined demeanor, Kaname is deserving of being everyone’s new favorite anime boy crush. If you’re seeking a cute, mature, and experienced anime boy, Kaname is your man. Start watching Vampire Knight right now if you want to see him in all his glory every day.

15- Ban From The Seven Deadly Sins

Let me introduce you to Ban, a character from the Seven Deadly Sins franchise. One of the Seven Deadly Sins’ most lovable villains, Ban, can be found in the film. He is a sexy anime kid who avoids the company of phony friends and lovers because they always leave him feeling shattered and devastated.